You can’t really get any farther away from Los Angeles than Nepal. For starters, LA’s omnipresent Teslas and Priuses are replaced with rickshaws and motorbikes, electricity operates on a shared circuit (so you may or may not have power at any given time) and your $4 latte is now a $0.30 masala milk tea. Nepalis call their home the land of Never Ending Peace And Love. Spoiler alert: they ain’t lyin’.

In Kathmandu, you’ll be overtaken by traffic and clouds of dust. In the shopping Mecca of Thamel, you can go HAM and still ball on a budget – stocking up on yak scarves, cashmere, singing prayer bowls, custom-tailored clothing and opulent jewelry. You’re expected to haggle, but I found it hard to do so when the asking price for scarfs were as low as $1.50!

The traffic in Kathmandu is quite the spectacle. It makes the Whole Foods parking lot look like a fucking petting zoo. On more than one occasion, our Jeep squeezed through narrow dirt roads flanked on both sides by busy shops, tons of pedestrians, motorbikes and the occasional cow – none of whom seemed to be phased by our passing. There are times when it can take 40 minutes to traverse just 5 kilometers. You quickly learn to adjust to Nepali time (patience, grasshopper) and just sit back and stare at the cacophony. 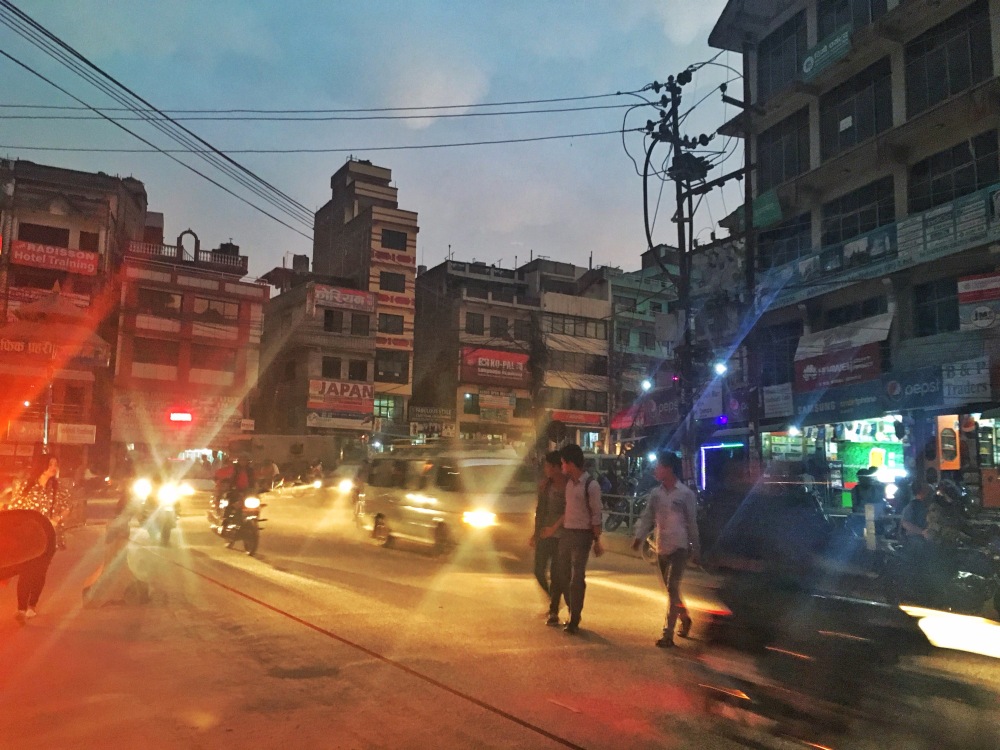 Spirituality pervades every facet of the country. Maybe this is because our main man Buddah was born in Nepal, although now most Nepalis are Hindu. In happy matrimony, many temples honor both religions with Hindu idols and the Big B sitting side-by-side. Dontcha just feel the love?? 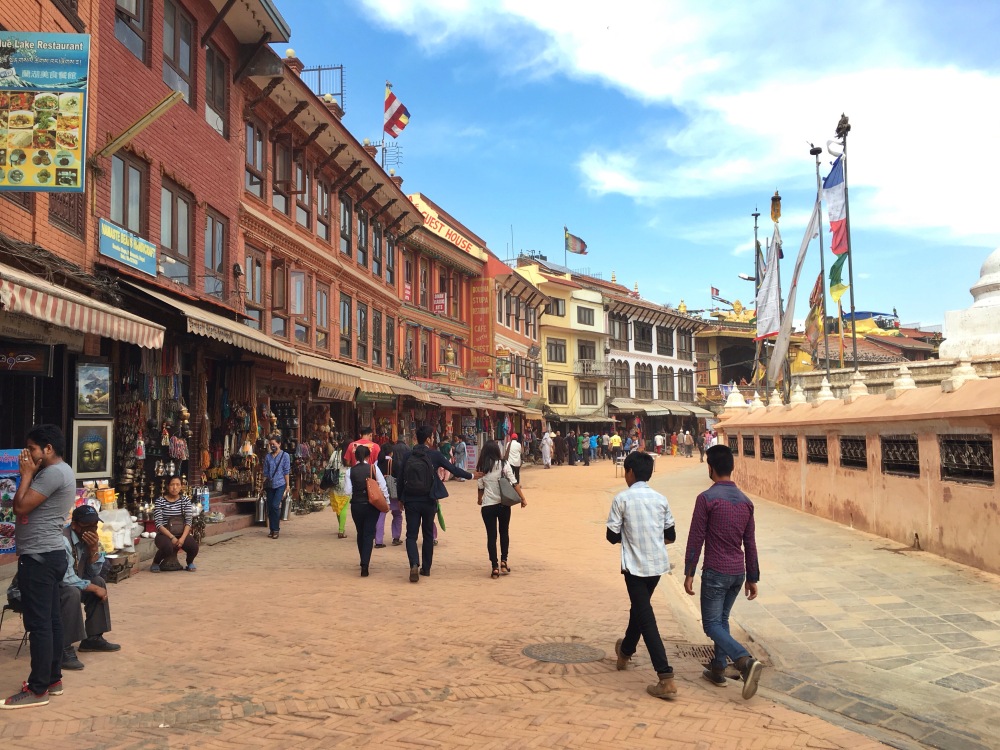 To get away from the Kathmandu shitshow, head over the the lakeside town of Pokhara: a notorious haven for hippie backpackers. It’s an 8 hour bus ride from the capital give or take traffic jams and bus malfunctions. On the journey, you’ll be praying as your short school bus pelts up and down the winding road, frequently playing games of chicken with oncoming traffic (horn wailing) to pass motorbikes and utility trucks. We saw one bus hanging off the roadside cliff, and I soon learned to keep my gaze towards the side windows instead of towards oncoming traffic. The view was pretty fucking fantastic even despite intermittent heart attacks.

Somehow, worlds collided and the volunteer organization placed me with an amazing host family in a home called the Sakura (!!) Guest House. My host father owned a Japanese restaurant and spoke fluent Japanese! My Ama cooked the most delicious dal bhat (lentils), curried potatoes with cabbage, pumpkin with crunchy fried soybeans, and chicken (on special nights) all with a healthy serving of rice. Seconds were encouraged and often required.

My host brother Prawesh showed me the shortcut to town, which involved cutting through corn fields, hopping over bamboo gates and crossing a small bridge over a stream with a landfill of trash.

The first few days at the orphanage were spent playing with the kids and helping with homework. It wasn’t until the next week that I was put to work scraping the dal bhat out of endless metal dishes, chopping onions (while bawling my eyes out), and mopping the 3 floors of the orphanage. Of course I was happy to do the work and was so much in awe of the tiny Nepali Auntie that headed the day-to-day chores. 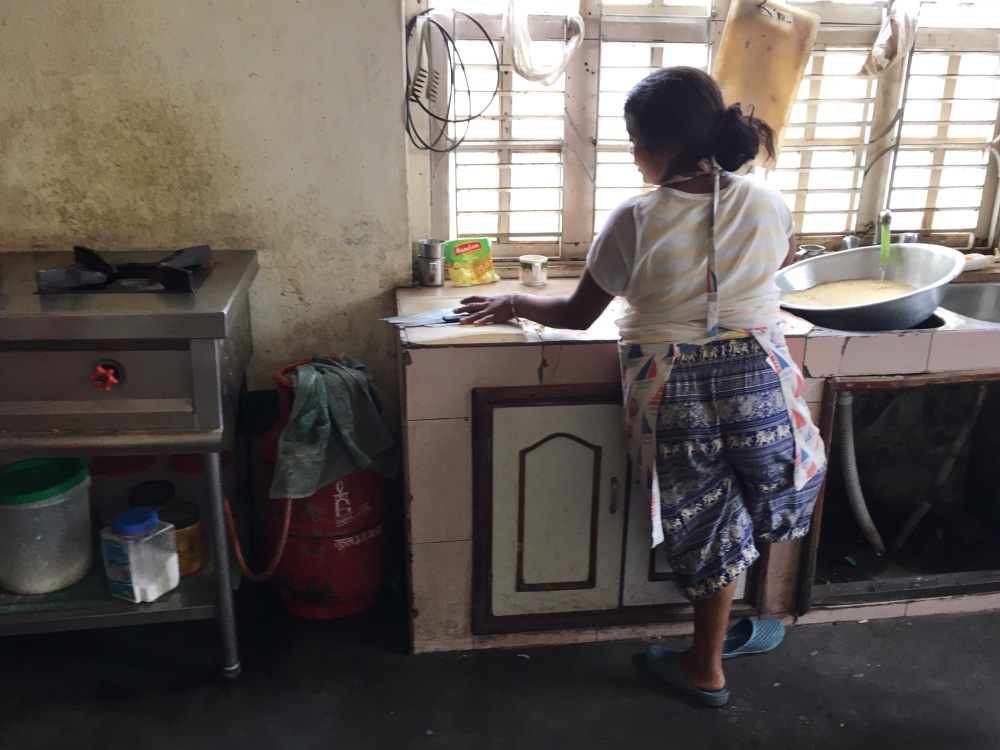 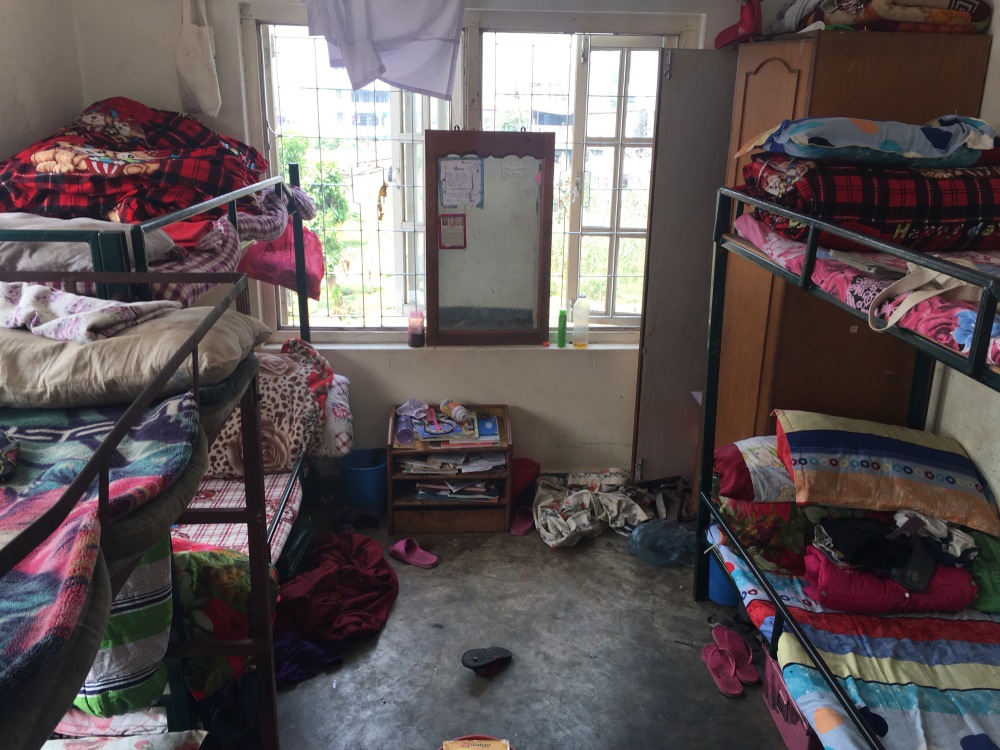 Weekday mornings were spent working at the orphanage, then afternoons passed eating pakotas (a hearty curry latke at 15 cents each!) or browsing the hemp clothing and pashminas sold at the lakeside stores. As the heat subsided at dusk, I’d hike back home for a yummy dal bhat dinner with the family followed by an evening movie if the electricity schedule complied. 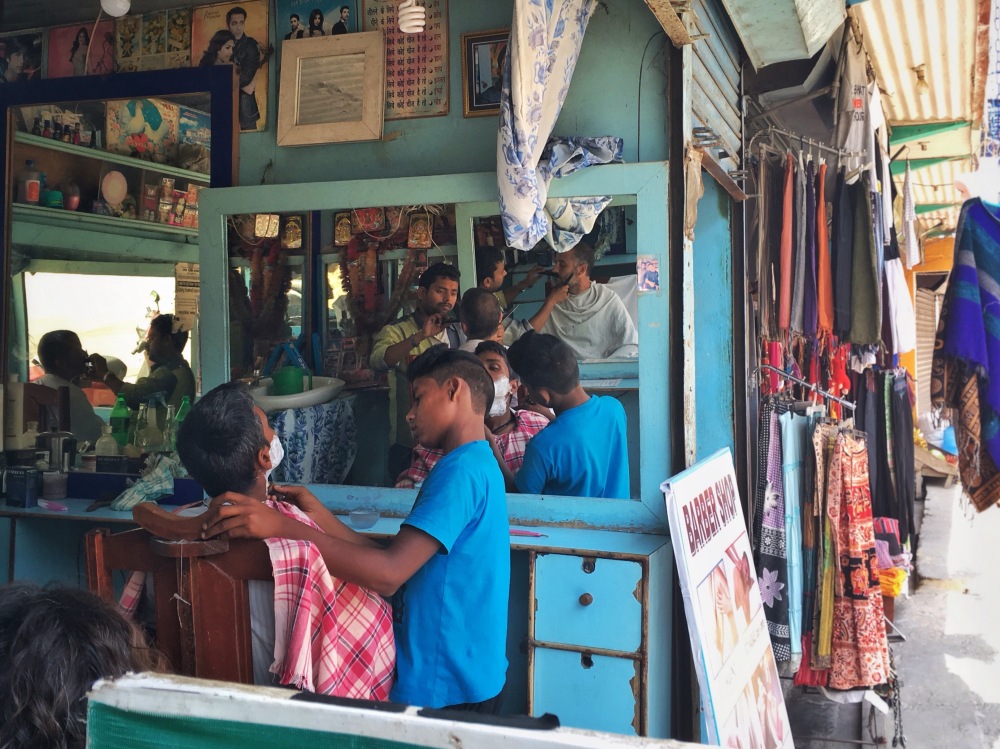 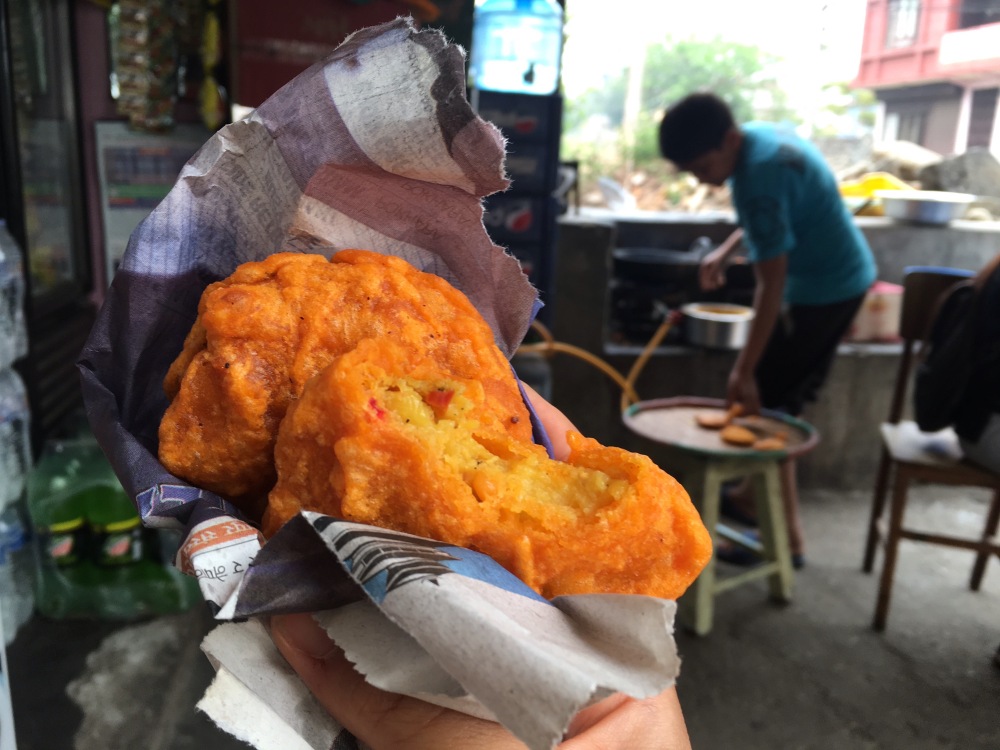 One weekend we went camping with some locals that owned the Beatles Bar on the placidly gorgeous Phewa Lake. 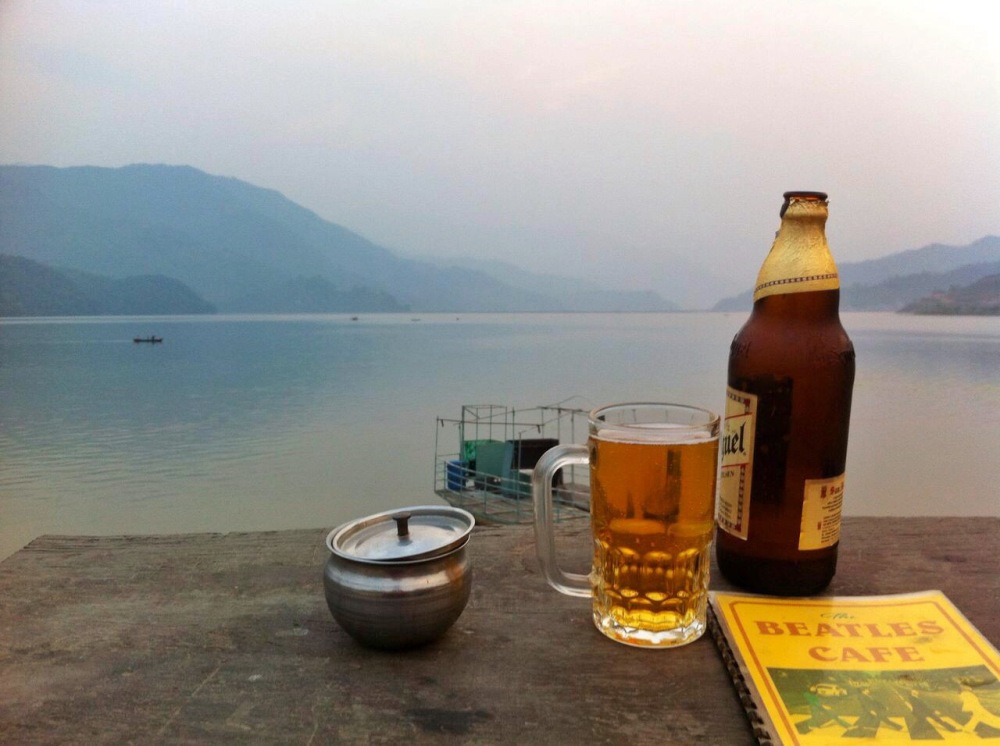 We hopped on the back of their motorbikes and headed to nearby Bengas Lake, arriving at sunset to climb over a few rice paddies and pitch our tents. I realized that I’ve never been properly camping before, so my internal diolauge was peppered with a lot of expletives between pep talks. We had a lot of fun that night swimming in the lake under the full moon but I was left with a nasty cold as a souviner. It was worth it. 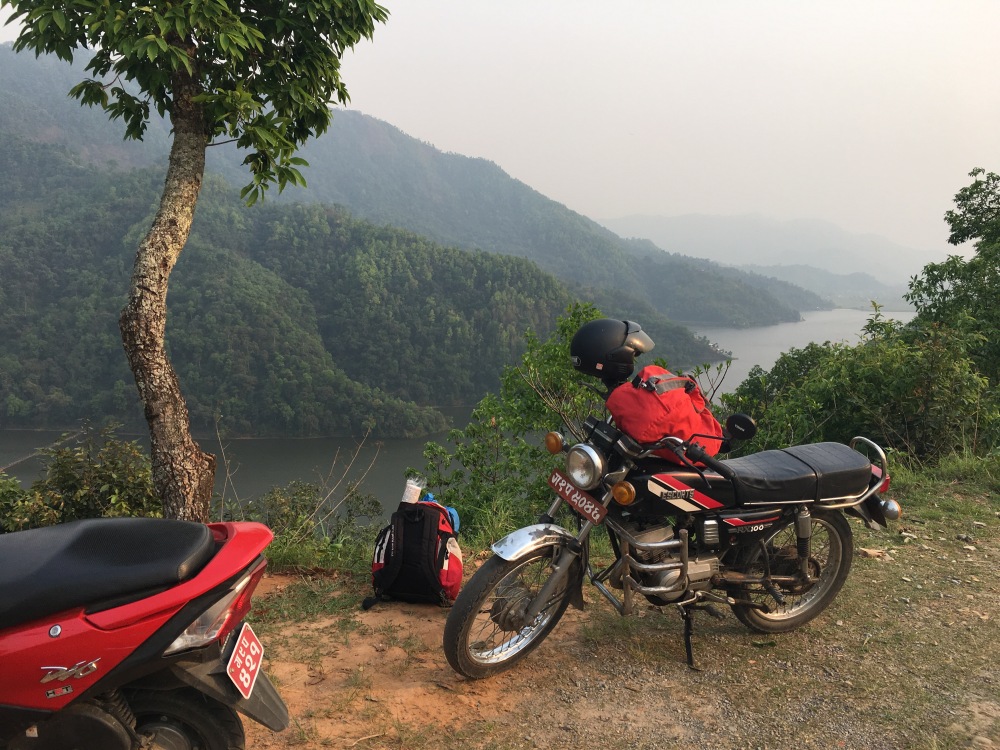 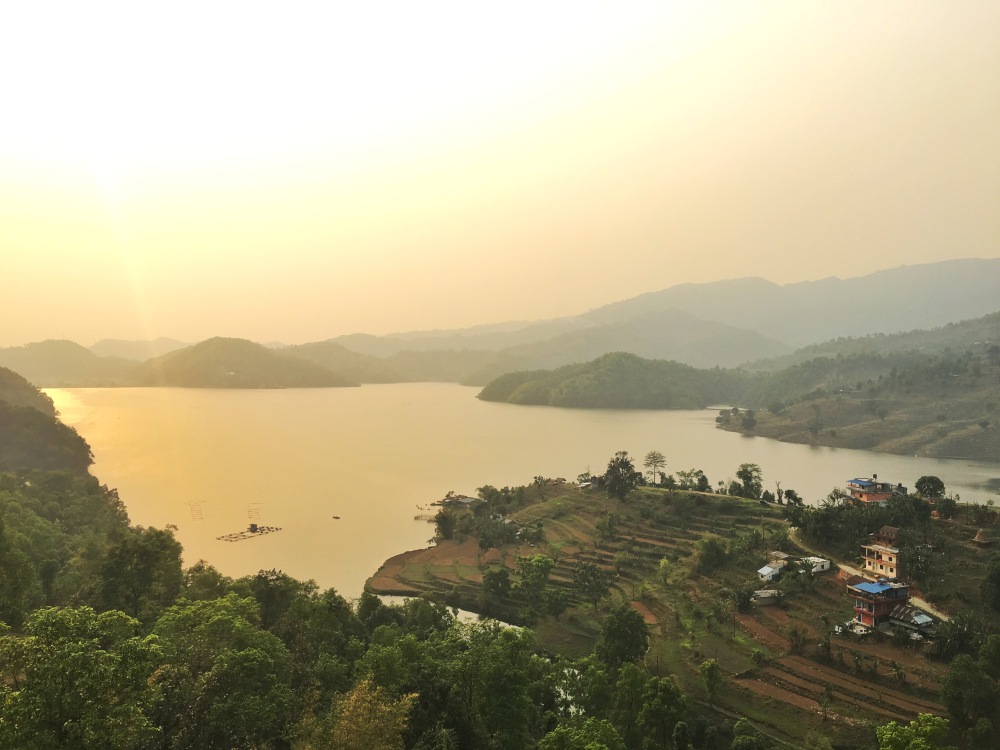 Sometimes (really, most of the time) the world is a lot smaller than you think. When a half black, half Japanese hip hop artist in an Oakland hat and Japangeles shirt crashes the open mic your housemate is performing in, you have to stop and think. We immediately became groupies and went to her concert in the lakeside park later that week.

I rounded out the Nepali adventure with a few days at a yoga ashram doing morning sun salutations on the roof with the home’s Ayurvedic guru, Narayan. There, I also learned the finer points of the neti-pot, drank fresh mint tea from the family’s home garden, and dined on organic vegetarian meals cooked by Narayan’s wife. 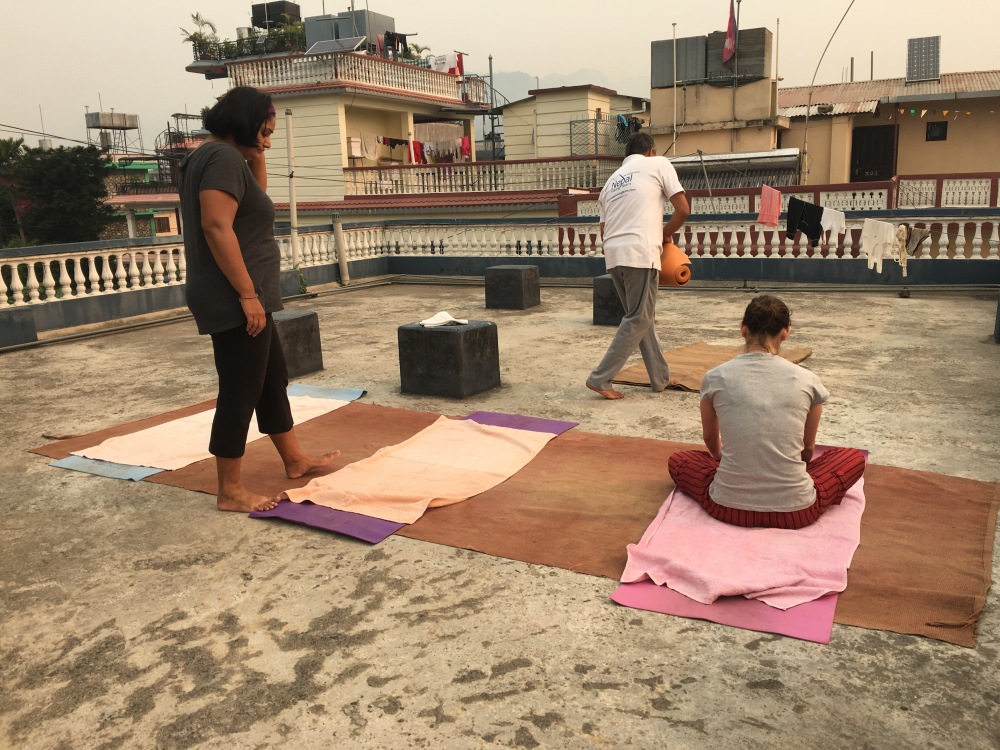 I don’t know how, but I’ve found a home in Nepal. It was the first time on this trip that I haven’t been homesick. Perhaps because my host family was off da chain (Ama cried when I left!), perhaps because I met some amazing people (Hey Freya, Saki, Lucy and Alex!), perhaps merely because it really is the land of never ending peace and love. Whatever the reason, this country and its people have so much heart and soul, and I am so grateful to have spent some time here – it is truly a special place. Namaste Nepal! 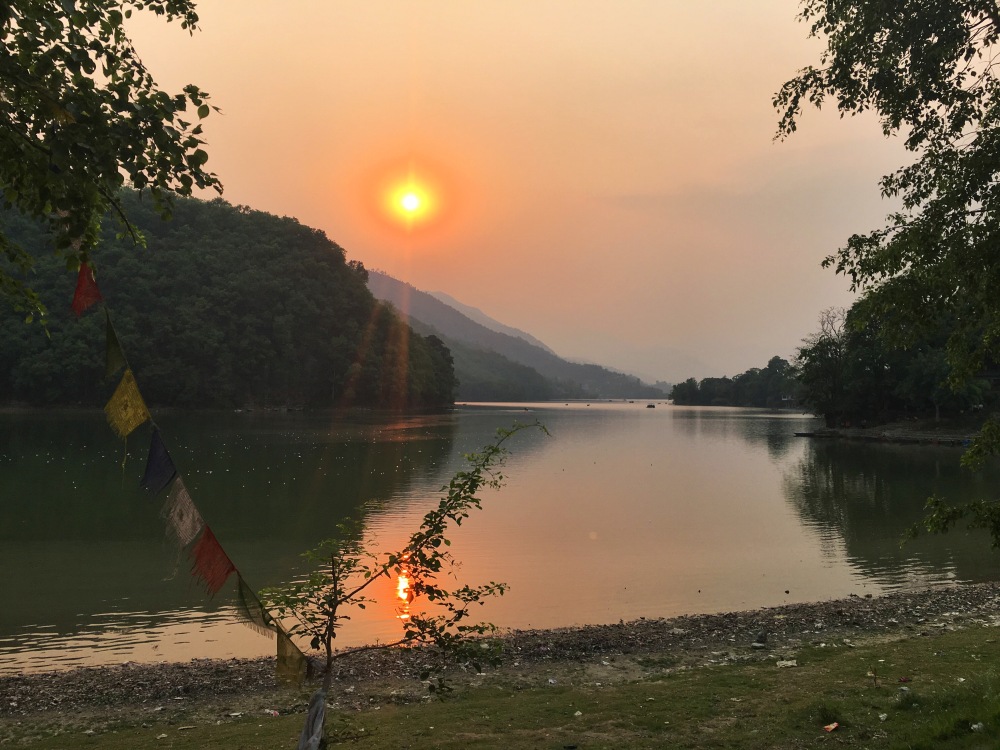